It was the scale of the sale of Frame.io to Adobe that raised eyebrows and corporate envy.

That a media asset management software product can be valued at $1.275 billion is amazing.

Respected analyst Devoncroft remained dumbfounded, admitting: “We don’t have an explanation for the level of valuation.” Especially when at the date of acquisition “it is unlikely that profitability has been achieved”.

However, in an in-depth analysis, the firm’s Joshua Stinehour, a former investment banker, details the business rationale for Adobe’s scoop and what he calls the “masterclass in building a strategic exit”. by Frame.io.

In this article, we’ll eschew financials to highlight the macro trends this deal means – namely remote, distributed, cloud video production and SaaS business terms – that more than one other vendor is spying on as a way to get large cash. outside.

It’s a bit dishonest to call Frame.io a MAM (media asset management) although that’s essentially what it is. They might prefer the term PAM (production asset management) because its software deals more with the front-end of production, moving media from set to release, rather than on-air release.

Remarkably, the company has only been around for seven years and is still classified as a start-up. The initial product offered video review and collaboration by transcoding media to various resolutions allowing for quick cleanup, playback and markup.

It also retained the original support for downloading, allowing Frame.io to work as cloud storage as well. Until 2017, it worked primarily with Apple’s Final Cut Pro, since then integrating with the Adobe suite and other editing and visual effects tools from Avid, Blackmagic Design and more.

It’s not mean to describe Frame.io as a “glue” between various technologies and stages of the production process.

A cloud-native post-production process was something for the birds. “How do you download huge video files”, “Who will trust you with their content” and “Is it secure?” were the most frequently asked questions to entrepreneurs during the product launch.

“John and I started making Frame.io because we were tired of being sold overpriced and disappointing software,” Wells said five years later. 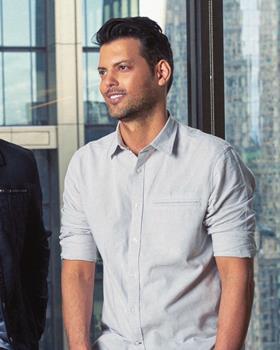 “We set out to create a product that offered the world’s best design, lightning-fast search, quality social media commenting and communication, and hardcore professional video capabilities, all rolled into one.”

He added, “We don’t just create things that we think filmmakers need. We innovate to solve the massive workflow challenges we face every day. »

At the time, the roadmap included the ability for filmmakers to export original footage into a release environment as soon as it was recorded. To market the product, called Camera to Cloud, they hired Michael Cioni, founder of New York post house Light Iron (at the time acquired by Panavision).

There couldn’t be anyone better suited to bring the cloud camera gospel to Hollywood. Some six years earlier, Cioni had proclaimed that post houses producing daily newspapers overnight would no longer exist by 2017.

He predicted that the traditional post – audio sync, watermark, version, color space conversions and even the work of the digital imaging technician – “will disappear on its own by 2021, as ever smarter cameras finish the projects of every day and send them to the cloud servers”. 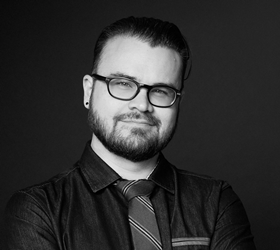 At the time, Cioni told reporter Dan Ochiva in an article reprinted on the Light Iron website, that the latest cameras had more in common with supercomputers than with film-based analog technology. Still, the production community, only concerned about the next job that comes its way, doesn’t know how to incorporate this technology, he said.

“Digital film production will take advantage of these supercomputer cameras and connect to our increasingly cloud-connected world,” Cioni said.

New devices will speed it all up, blending audio tracks to each take, applying color LUTs on the fly to RAW footage, and uploading each take to cloud storage for everyone on production to access.

Digital cinema is getting closer and closer to becoming a real-time process, a process that is managed close to the set,” he said.

This is beyond foresight for someone talking back in 2013 even before Frame.io launched.

Convenient camera to the cloud

However, Frame.io did not invent the cloud camera. The workflow was already possible by other means, in particular via Sohonet technology. But Frame.io’s evangelism, led by Cioni, is second to none.

When the HPA showcased the Cloud Camera earlier this year (presented as a never-before-seen demonstration of how web technology can radically transform decades-old production methods), it was Frame.io that took center stage. from the scene.

“By 2031, a multimedia card will be as unheard of as arriving on a tray today with a DV cartridge or DAT tape,” Cioni said during the live presentation.

“You will not have removable camera storage. Camera technology will transition to cloud transfer systems. It will take a decade [for RAW camera files] but the transition starts here.

It’s a vision that has the backing of Hollywood studios in the guise of tech think tank MovieLabs. The momentum toward cloud production is accelerating as the benefits of distributed and collaborative workflows are better understood.

There are huge efficiencies to be had across the board, from not having to transport and house an army of creatives on set or in dedicated facilities. Energy saved (compared to bottom line and sustainability goals) is only part of the value added equation.

Frame.io’s technology was designed from day one to be ‘cloud native’, rather than a ‘cloud-based’ adaptation from legacy equipment is another advantage. The wording is subtle but important, especially if your technology is cloud-native.

Reprogramming technology originally designed to run on bespoke hardware is generally considered less optimal than technology written from scratch to run in a browser on any device, from anywhere. .

Another key element to Frame.io’s success is its Software as a Service pricing model.

“With few exceptions, all vendors with outside investors should move to a SaaS business model as quickly as possible to maximize shareholder value,” Steinhour says in his summary.

“Any tech professional in the media technology industry (customer or vendor) who is reluctant to move to the cloud is likely hurting their organization’s shareholder value.” 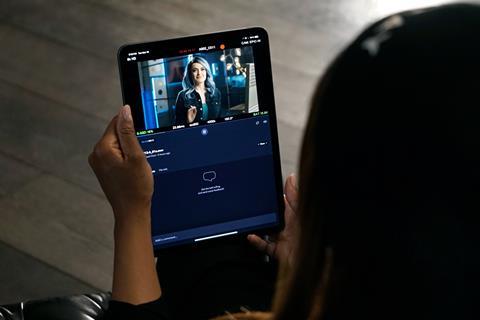 It is something strong and the analyst knows it. “Tech grumps, we grant you that there are still technical hurdles preventing all workflows from going tomorrow,” he retorts preemptively.

“But to that same audience, we’re subjecting all of the company’s value (budgets, senior executive attention, quotes in investor communications, etc.) to has or will quickly transition to cloud-based workflows. For those suppliers (and those customers) who want to take advantage of the valuation levels of their peers, you need to be in the cloud.”

“A successful SaaS business model requires more than a benchmark in sales guarantees and a no call option to buy in the price list. It’s a way of life.”

It’s not hard to see what Adobe saw in the SaaS PAM of a million cloud-native users. It previously bolstered Creative Cloud with acquisitions such as stock market Fotolia and social media site Behance.

The company itself claims that Frame.io can supercharge Adobe’s Premiere Pro and After Effects apps for video editing with review and approval capabilities, and it can be integrated with Photoshop.

In the last quarter, 60% of Adobe’s revenue came from Creative Cloud [per CNBC] Creative Cloud revenue grew approximately 24% year-over-year. Adobe has raised the price of Creative Cloud, highlighting the improvements over the years. At the same time, Adobe aims to add Creative Cloud subscribers.

Of course, Frame.io isn’t alone in paving the way for cloud video production. Every technology vendor is moving towards this. But its fundamentals – cloud-native, SaaS, collaborative video tool – aren’t shared by many legacy kit-streaming kit vendors.

A company that falls outside of the startup or legacy provider could be one to watch in this space.

Forbidden Technologies was founded in 1996 by British tech genius Stephen Streater and launched FORscene in 2004 at a time when many people ridiculed the idea that professional video editing would ever be done online. In 2010, he was testing a new video codec, called Osprey. The bones of that became Blackbird, which the company rebranded to in 2019.

Now, with clients such as A&E Networks, Bloomberg, and CBS Sports, it can claim to be the world’s fastest cloud-based professional video editing and publishing platform and directly targets Avid, Adobe, and Apple.

Consider that the value of the entire video editing software market is around US$700 million. Researcher Expects Market to Hit US$779.8 Million by 2028; another indicates that the market has already reached 779.8 million dollars in 2018 and is expected to reach 932.7 US dollars by 2025.

Even if Blackbird only had 10% of that market – which isn’t unreasonable – its current market cap of around $150 million is conservative, especially considering its recent strategy that unbundles the Blackbird product of the underlying technology.

Its recent strategy of working with third-party streaming providers to integrate Blackbird into their technology stacks (see deals with Tata and EVS) and licensing the core IP (codec) for providers to launch their own platform. form of browser-based video editing (with LiveU a likely contender) and Blackbird investors are hoping to celebrate their own billion-dollar payday.

HACKENSACK, NJ—LiveU will first showcase its end-to-end cloud-based video production workflow with easylive.io, which it acquired in May, at IBC2022 in Amsterdam, from September 9 to 12. With the integration of easylive.io, LiveU now offers a complete solution for live contribution, cloud production, orchestration, ingest and distribution. LiveU will also showcase its cloud-based solutions in […]